The World Food Programme (WFP) in conjunction with the Migration Policy Institute (MPI) and Civic Data Design Lab at the Massachusetts Institute of Technology (MIT) used RIWI’s technology in conjunction with face-to-face surveys, to measure public opinion on migration desires, plans, motivations, and preparations of families and individuals ages 16+ in Central America during the height of the COVID-19 pandemic. In order to make the survey findings nationally representative, RIWI collected a minimum number of 90 observations in each of the 54 departments across El Salvador, Guatemala, and Honduras from May 31st to June 30th, 2021. RIWI surveyed more than 6,000 individual respondents in these countries, providing unique insight into the various factors that lead people to consider and/or decide to migrate, as well as the costs and economic implications of migration for households and communities throughout the region. These surveys captured a snapshot of migration patterns in order to better understand changes in migration drivers and individual migration experiences during the height of a global pandemic.

Key findings in this study revealed that: 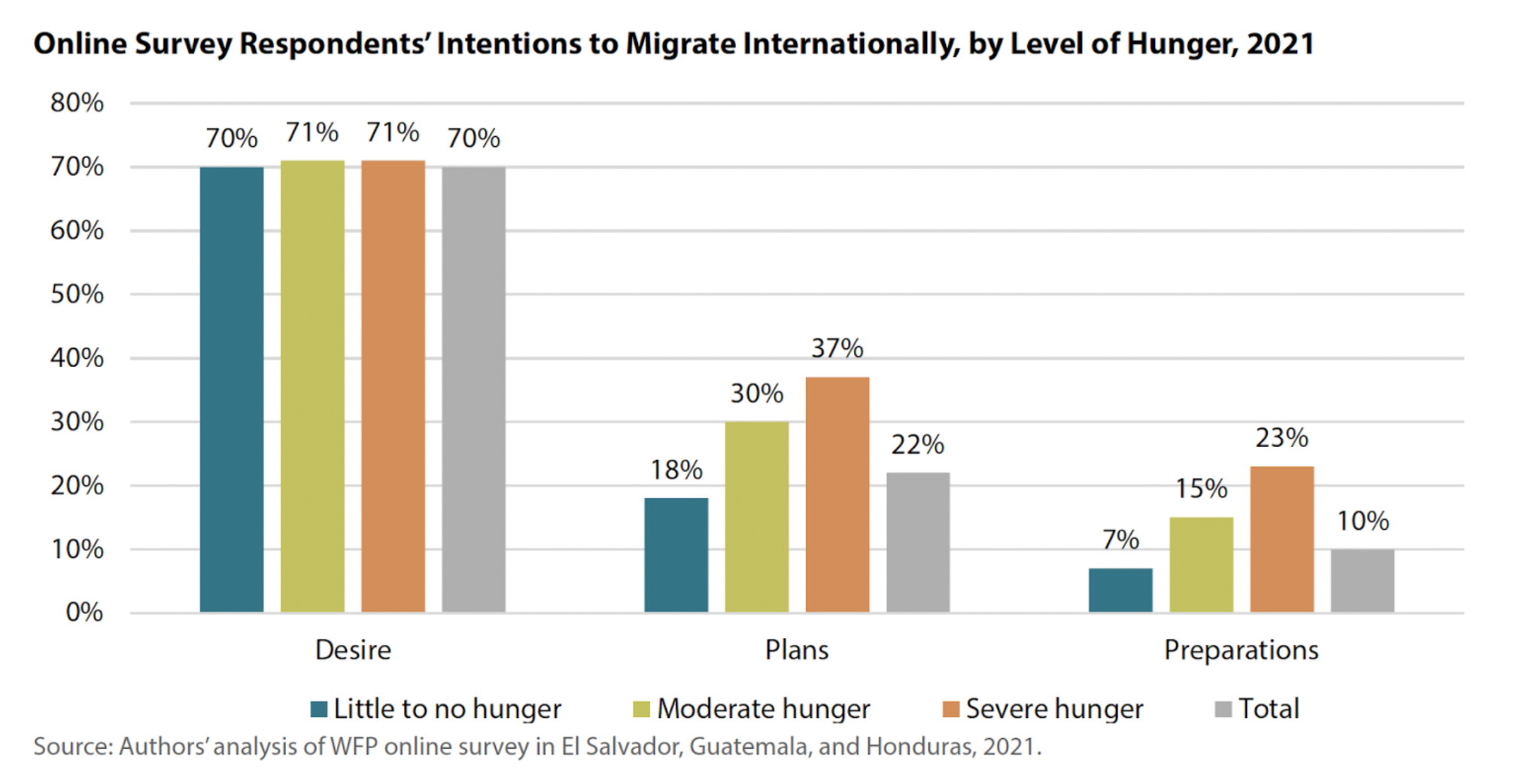