By: Mercedes Fogarassy and Tala Khaki

Amnesty International engaged RIWI to conduct a study looking at womens’ experiences on Twitter, specifically in terms of hate speech and online violence. Due to the sensitivity of gender-based violence as a topic, RIWI’s ability to ensure complete anonymity and security for all respondents was extremely important and allowed people to safely and freely engage with the study. Over a 3-week period in late 2021, RIWI engaged over 500 self-identified women Twitter users of all ages from across the United States.

Using the data provided by RIWI, Amnesty International published their ‘Twitter Scorecard report: Tracking Twitter’s Progress In Addressing Violence And Abuse Against Women Online In The United States’ analyzing the results of RIWI’s and other complementary data. Data provided by RIWI highlighted that abuse often contains sexual and/or misogynistic remarks and may target different aspects of a woman’s identity, notably their race, gender, and sexuality.

“Based on the report, the data helped validate Amnesty International’s hypothesis that Twitter is not doing enough to protect women from online violence within their platform.” 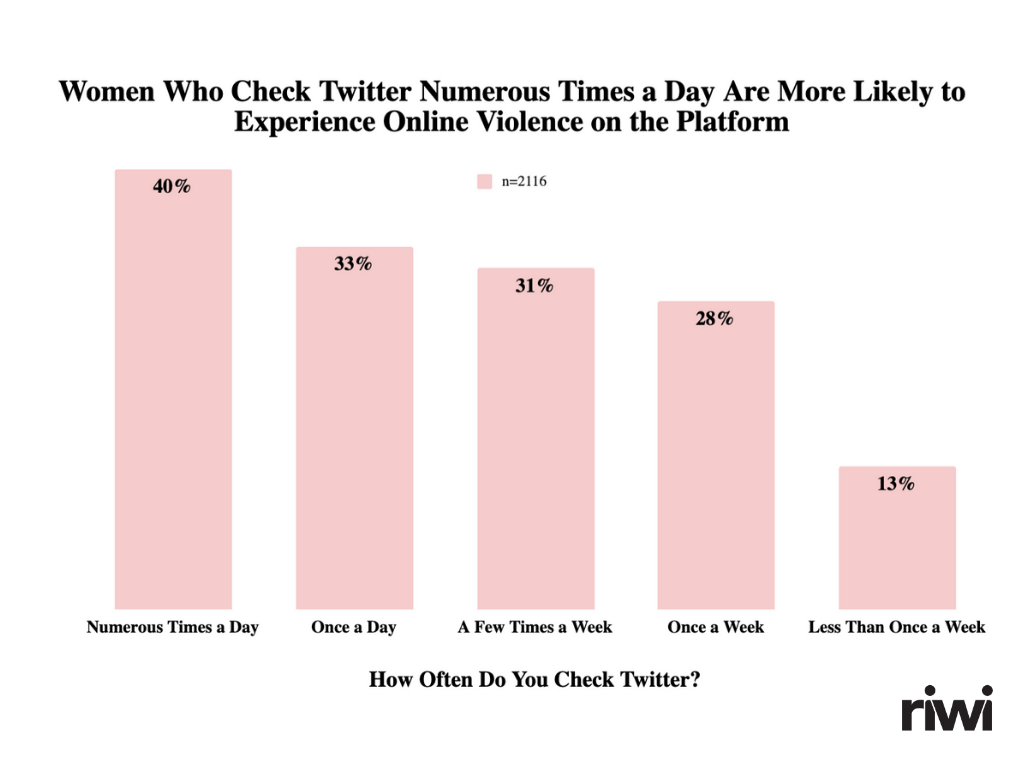