RIWI data revealed important findings regarding perceptions of taxes in the respective countries. The World Bank’s Macroeconomics, Trade and Investment Global Practice used the data to publish a report on the study. The report summarized findings on “people’s willingness to pay taxes, which was measured using standardized questions from crosscountry surveys (e.g., Afrobarometer) as well as drawing on the experience of previous survey instruments focusing on “quasi-voluntary” motivations for why people pay tax in developing countries”.

Lead researcher Chris Hoy used RDIT to conduct a randomized control trial (RCT) whereby “survey respondents in each country were randomly allocated either to one of three treatment groups or to a control group that received no information (i.e., the multiple treatment arms were exclusive of one another). The first treatment (hereafter the “taxes treatment”) provided information from the Commitment to Equity (CEQ) database about the distribution of taxes (both direct and indirect taxes, such as income tax and value added tax) in their country. The second treatment (hereafter the “transfers treatment”) provided information from the CEQ Institute methodology database about the distribution of government transfers (both direct and indirect transfers, such as cash payments and energy subsidies). The third treatment (hereafter the “combined treatment”) provided information from the CEQ database about the net effect of the distribution of taxes and government transfers”. The treatment groups were designed in order to provide respondents accurate information regarding their governments progressivity of taxes and transfers. The treatment groups shed light on whether taxes and transfers were progressive in the respondents’ respective countries, however they did not provide information on the level of taxes and transfers as a percentage of household income.

RIWI data showed that “people’s willingness to pay tax varied between the different questions asked across countries. Depending on the specific question and the country, between 19 and 89 percent of respondents stated that they were willing to pay tax. In five of the eight countries in this study (Colombia, Indonesia, Mexico, Sri Lanka and South Africa) there was broadly similar willingness to pay tax as there was only a 6 to 16 percentage point difference across countries for a given question”. 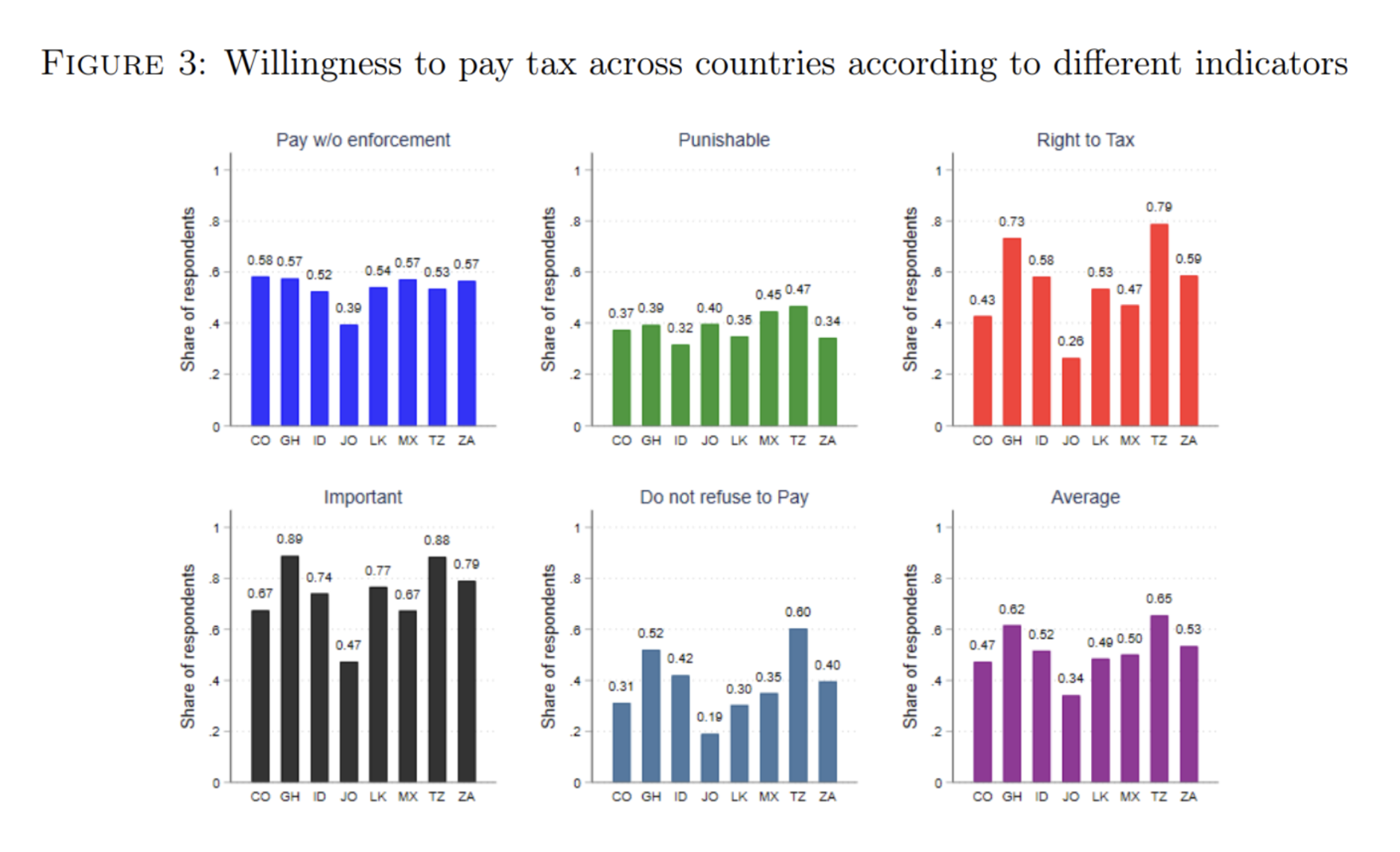