At the onset of the Egyptian 2011 Revolution, RIWI (prior to its full-scale commercialization) began tracking public support for then-president Hosni Mubarak. Between February 2nd and February 11th, the date of Mubarak’s resignation, RIWI tracked a 40% drop in the number of respondents who said they supported Mubarak, and a 40% increase in the number of respondents who opposed him. These data were presented, upon invitation, by RIWI at the Canadian Association for Security and Intelligence Studies on November 11, 2011. 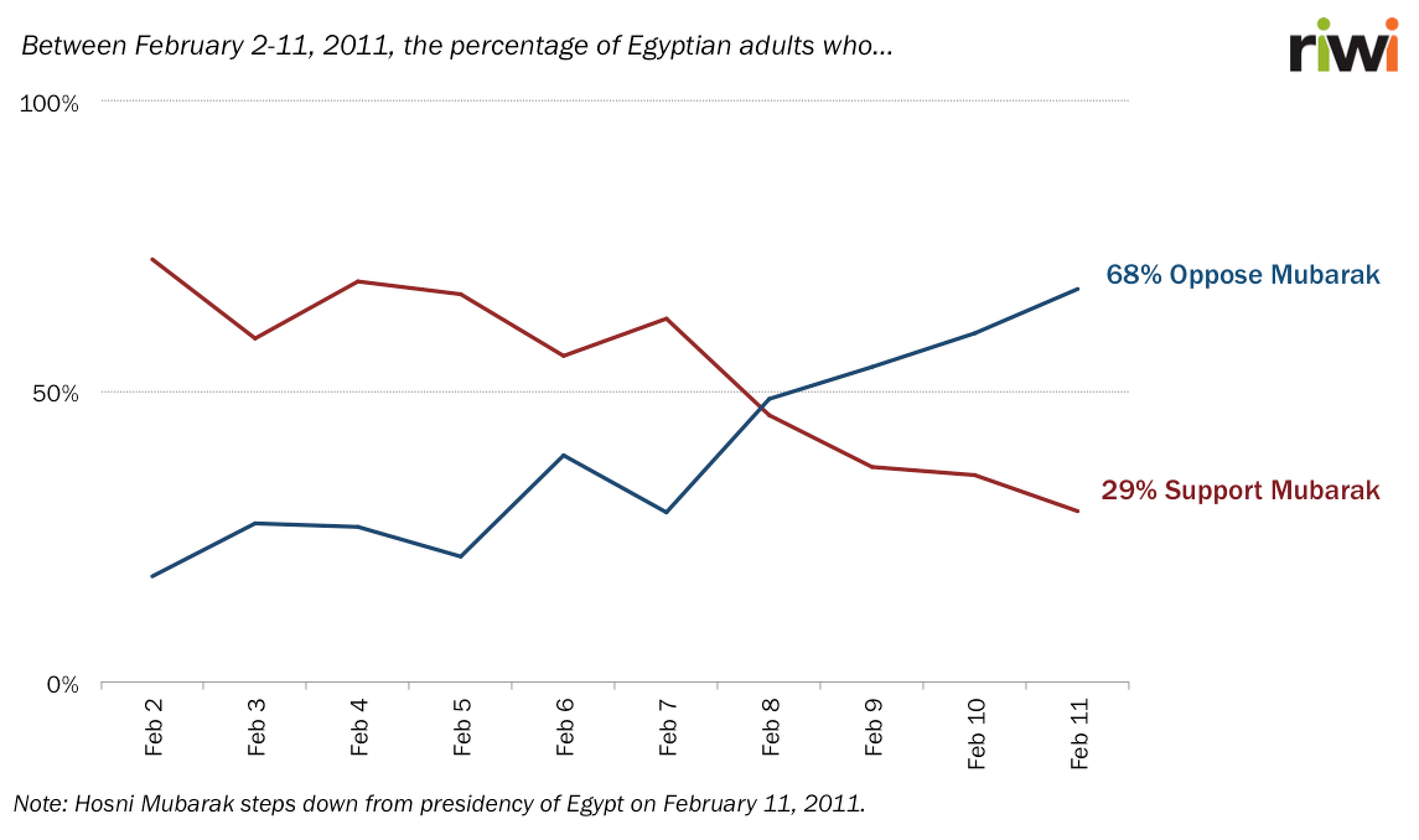 The 2012 Egyptian presidential election, the first fair and free election in the country’s history, was held on June 17th after 16 months of interim military rule. The lead up to the election was characterized by the emergence of new factions, coalitions, and candidates, which made opinion polling especially difficult. The field was complicated further when Mohamed Morsi, a prominent member of the Muslim Brotherhood, entered the race after the Islamist organization had promised not to field a presidential candidate.

In the most damning failure, none of the polls predicted that the Muslim Brotherhood’s candidate Mohamed Morsi would place any higher than fourth or fifth. – Ahmed Feteha (Ahram Online, June 5, 2012)

In a poll conducted immediately following Mubarak’s resignation, Amr Moussa, then-Secretary-General of the Arab League, emerged as the front-runner for the presidency with 49% of respondents in one poll saying that he was the most capable of leading the country. Later polls closer to the time of the election suggested that Amr Moussa and Ahmed Shafik would take first and second place. In the first round of voting, Mohammed Morsi took first place with 25%, followed up Ahmed Shafik’s 24%. Amr Moussa took only 11%. No polling firm predicted this outcome.

RIWI was the only research firm to predict the last Egyptian election, using a mobile survey completed by 10,000 Egyptians. – Jeffrey Henning, President of Researchscape

In Egypt’s electoral system, the top two candidates move to a runoff election if no one captures a majority of votes in the first round. RIWI began tracking the runoff race between Mohamed Morsi and Ahmed Shafik on June 3rd, 13 days before the election took place. From the beginning of the tracking period through to the day of the election, RIWI’s tracker correctly identified that Morsi would win. The official vote had Morsi win by a ratio of 1.07 (Morsi):1 (Shafiq). RIWI data showed a Morsi win by a ratio of 1.19 (Morsi):1 (Shafiq); RIWI’s predictive analysis established that, on two days of voting (June 16-17, 2012), RIWI data showed Morsi wins by a ratio of 1.11 (Morsi):1 (Shafiq) +/- .06. 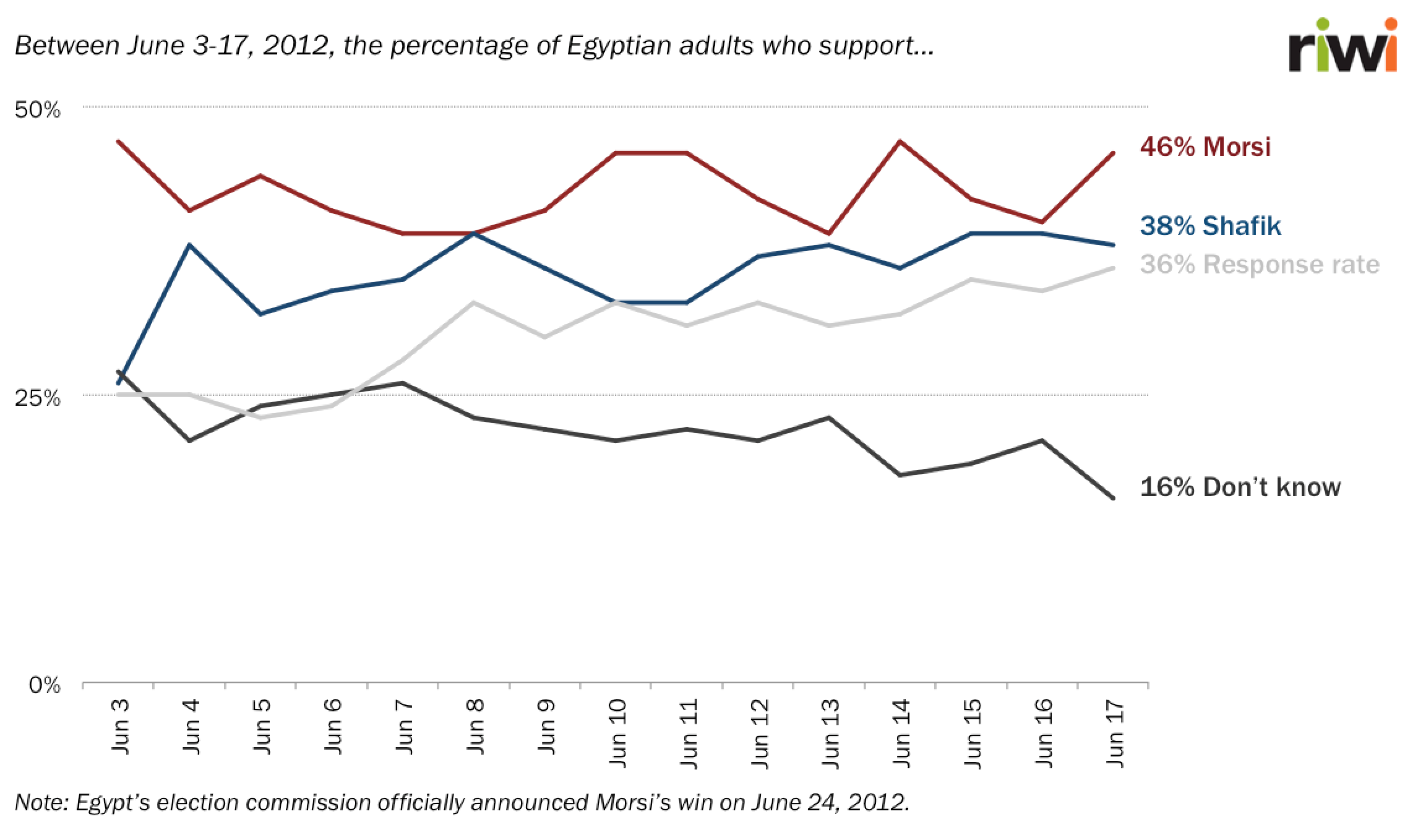