Almost three million Ukrainians have left the country since the Russian invasion almost three weeks ago. RIWI data show that about 17 percent of respondents in Ukraine have left their home or intend to leave in the next month, which could translate into about 7 million more people displaced as a result of the crisis. At this time, RIWI data show that almost a quarter of respondents who have left or intend to leave plan to go to other places in Ukraine as their final destination, suggesting that nearly 2 million people will remain displaced within Ukraine, and over 5 million more refugees will need assistance around the world.

Three million Ukrainians have left the country as of March 16, 2022. This eye-popping number represents the tip of the iceberg. As of March 15, 10:59pm EET, we’ve heard from 2896 people in Ukraine, and a consistent nearly 17 percent of our daily respondents say that they have already left or plan to leave their home soon. If extrapolating to the Ukrainian population, this could translate to an additional 7 million people displaced. Since March 3, a larger proportion of daily respondents in Ukraine report that they have currently left their home relative to the proportion of those who plan to leave their home within the next month. This trend indicates that Ukrainians who may have planned to leave their homes only a few days ago could now be in transit. 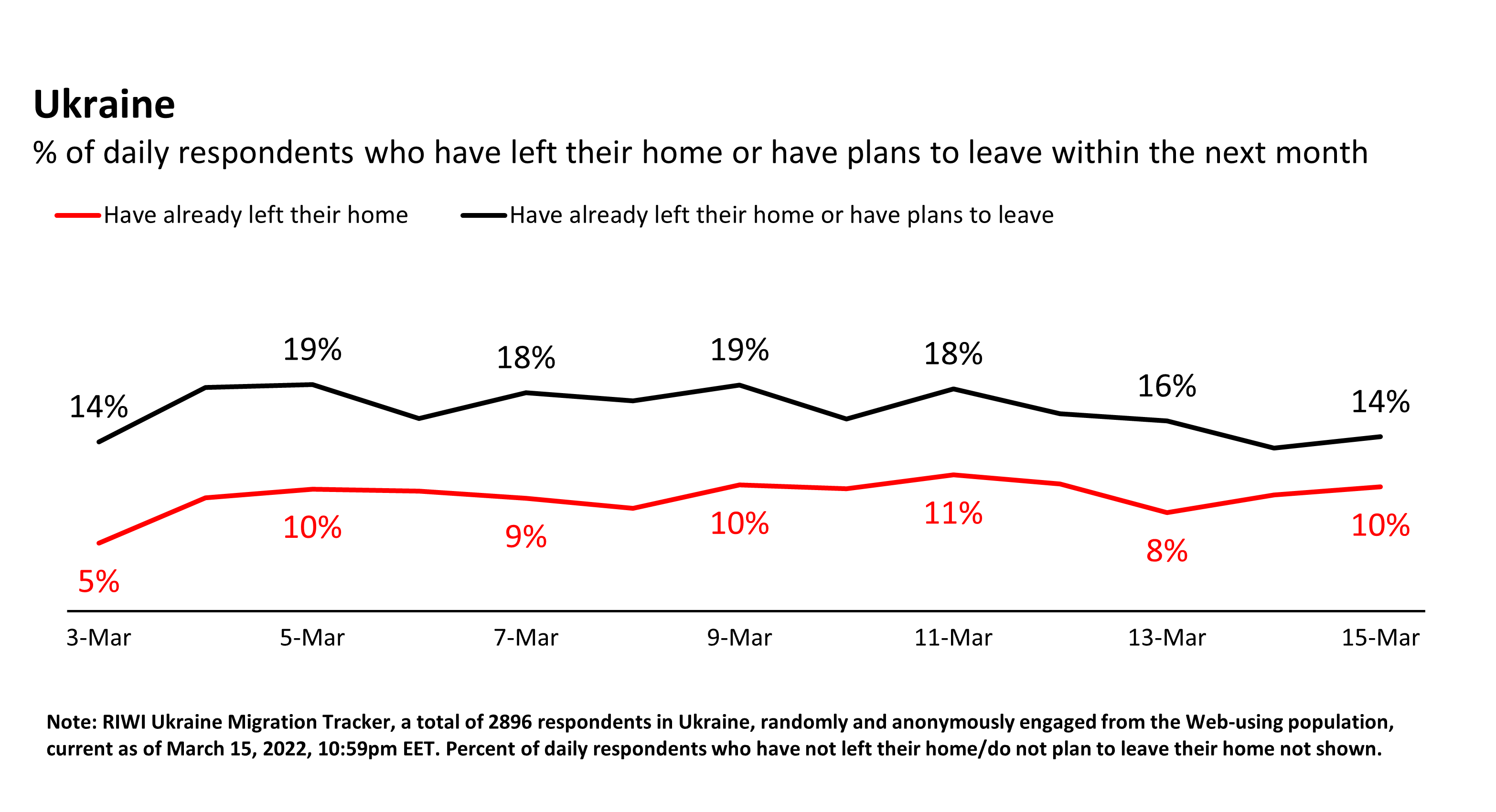 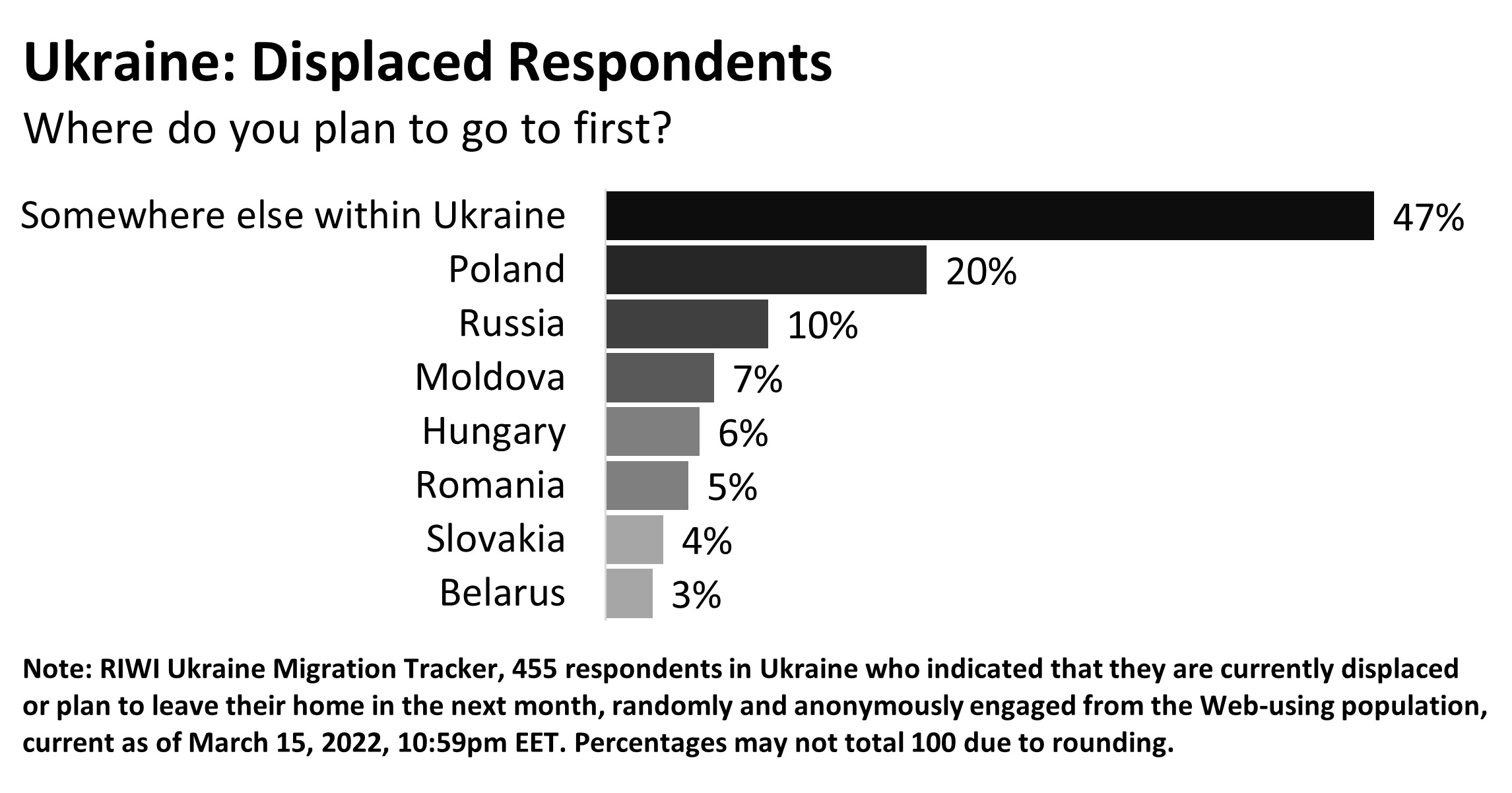 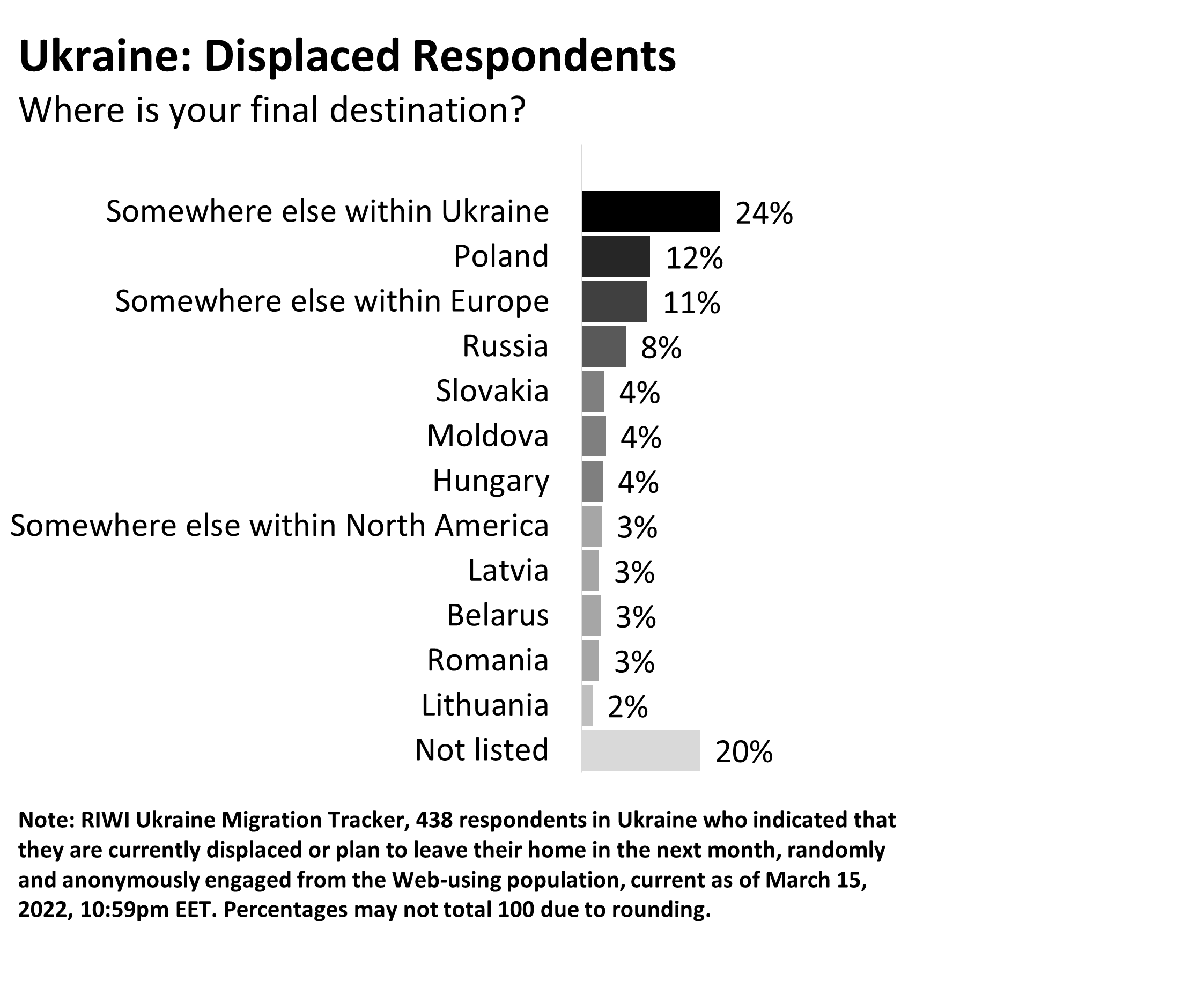 As part of the RIWI Ukraine Migration Tracker, we have been monitoring migration intentions in Ukraine on a daily basis since March 3. The data were gathered using RIWI’s Random Domain Intercept Technology, allowing us to access respondents across all major cities and regions of the country, including those who do not typically share their opinion and those currently in transit. Of those currently displaced, 49% answered on a desktop, 47% on a smartphone, and 3% on a tablet. To maintain the safety of respondents and maximize the chances of honest responses, we do not collect personally identifiable information. A more detailed description of our method and technology is available here.

We will continue to monitor whether and when migration intentions change, especially in response to events that could push more individuals to leave their homes. We are continuing to gather this information to help the global community prepare and respond to the crisis with real-time, on the ground information, as such information will allow for the most effective and targeted international responses.

For more information or to access the real-time data as it emerges, please contact Natasha Hsi at natasha.hsi@riwi.com.